Flag-Works has brought in two new styles of  T-shirts. They are  great gifts for the holiday season. These Gildan T-shirts are 100% heavy cotton to give a classic fit, double needle sleeve and bottom hem. Sizes available S-XL. Also don’t forget that we have the famous Motto” Live Free or Die” T-shirts for men and women,mugs,magnets and bumper stickers. Visit us online or in the retail store.

Originally, the state of Oklahoma was set aside for the exclusive use of the Indians and was called Indian Territory. However, in 1889, the land was opened to settlers in what became know as the “Oklahoma Land Rush.” In the first opening day on April 22, 1889, 50,000 people swarmed into the area. Those who tried to beat the noon starting gun were called Sooners. The state’s nickname is Hence.

The Oklahoma state flag honors more than 60 groups of Native Americans and their ancestors. The blue field comes from a flag carried by Choctaw soldiers during the civil war. The center shield is the battle shield of an Osage warrior. It is made of buffalo hide and decorated with eagle feathers. Two symbols of peace lie across the shield. One is the calumet, or peace pipe. The other is an olive branch. Crosses on the shield are Native American signs for stars, representing high ideals.

Order yours today with us, online or can be purchased in our retail store. Made in the USA.

Flag-Works has flag sizes that range from 4″ x 6″ and up. Made in the USA 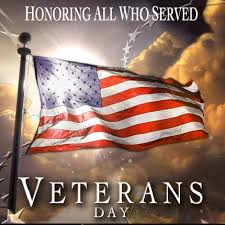 The Veterans of our military services have put their lives on the line to protect the freedoms that we enjoy. They have dedicated their lives to their country and deserve to be recognized for their commitment.

Thank You from all of us here at Flag-Works!!!!

During the American Revolution, the Continental Congress passes a resolution stating, “two Battalions of Marines be raised” for Infantry force capable of fighting for independence both at sea and on shore. Two battalions of Continental Marines were formed and now observed as the birth date November 10,1775 that took place in Philadelphia. The United States Marine Corp has the world’s respect as an elite and reliable fighting unit where ever put into combat. Please join us in wishing the Corps a Happy Birthday!!!!