Flag-Works now has Military Garden Flags. Made in the USA

The Constitution of the United States of America is signed by 38 of 41 delegates present at the conclusion of the Constitutional Convention in Philadelphia. Supporters of the document waged a hard-won battle to win ratification by the necessary nine out of 13 U.S. states.

The Articles of Confederation, ratified several months before the British surrender at Yorktown in 1781, provided for a loose confederation of U.S. states, which were sovereign in most of their affairs. On paper, Congress–the central authority–had the power to govern foreign affairs, conduct war, and regulate currency, but in practice these powers were sharply limited because Congress was given no authority to enforce its requests to the states for money or troops. By 1786, it was apparent that the Union would soon break up if the Articles of Confederation were not amended or replaced. Five states met in Annapolis, Maryland, to discuss the issue, and all the states were invited to send delegates to a new constitutional convention to be held in Philadelphia.

On May 25, 1787, delegates representing every state except Rhode Island convened at Philadelphia’s Pennsylvania State House for the Constitutional Convention. The building, which is now known as Independence Hall, had earlier seen the drafting of the Declaration of Independence and the signing of the Articles of Confederation. The assembly immediately discarded the idea of amending the Articles of Confederation and set about drawing up a new scheme of government. Revolutionary War hero George Washington, a delegate from Virginia, was elected convention president.

On September 17, 1787, the Constitution was signed. As dictated by Article VII, the document would not become binding until it was ratified by nine of the 13 states. Beginning on December 7, five states–Delaware, Pennsylvania, New Jersey, Georgia, and Connecticut–ratified it in quick succession. However, other states, especially Massachusetts, opposed the document, as it failed to reserve undelegated powers to the states and lacked constitutional protection of basic political rights, such as freedom of speech, religion, and the press. In February 1788, a compromise was reached under which Massachusetts and other states would agree to ratify the document with the assurance that amendments would be immediately proposed. The Constitution was thus narrowly ratified in Massachusetts, followed by Maryland and South Carolina. On June 21, 1788, New Hampshire became the ninth state to ratify the document, and it was subsequently agreed that government under the U.S. Constitution would begin on March 4, 1789. In June, Virginia ratified the Constitution, followed by New York in July.

On September 25, 1789, the first Congress of the United States adopted 12 amendments to the U.S. Constitution–the Bill of Rights–and sent them to the states for ratification. Ten of these amendments were ratified in 1791. In November 1789, North Carolina became the 12th state to ratify the U.S. Constitution. Rhode Island, which opposed federal control of currency and was critical of compromise on the issue of slavery, resisted ratifying the Constitution until the U.S. government threatened to sever commercial relations with the state. On May 29, 1790, Rhode Island voted by two votes to ratify the document, and the last of the original Conn joined the United States. Today, the U.S. Constitution is the oldest written constitution in operation in the world.

Dozens of store and businesses will extend their hours until 8pm and will feature special promotions, discounts, raffles, refreshments and more.  In addition to a fun and festive evening of shopping, downtown Concord will also showcase local artists, music, demonstrations and fun!  Come and enjoy an evening stroll and Discover Downtown as a great place to eat, shop, dine, play and live.

Discover Downtown is an event series and campaign designed to encourage and draw people downtown for shipping, dining, enjoying and building community throughout the year.  For a complete list of participating businesses please visit: www.intownconcord.org. 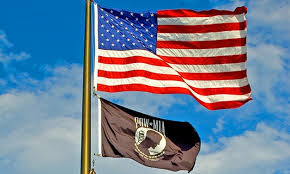 Our country endures because in every generation, courageous Americans answer the call to serve in our Armed Forces. They represent the very best of the human spirit, stand tall for the values and freedoms we cherish, and uphold peace and security at home and around the globe. Today, we pay tribute to the service members who have not returned from the battlefield, we stand beside their families, and we honor those who are held captive as prisoners of war. We will never forget their sacrifice, nor will we ever abandon our responsibility to do everything in our power to bring them home.

We raise this flag as a solemn reminder of our obligation to always remember the sacrifices made to defend our Nation.

Flag-Works has sold these POW MIA flags to people around the world-so when you order one of our POW MIA flags you can be sure it is the real deal.  Authentic US military POW/MIA flags with the POW/MIA logo are dyed in brilliant colors onto a 100% nylon background.  US Military POW/MIA single sided flags read correct on one side and have a mirror image on the reverse. Double-sided POW/MIA military flags read correct on both sides. US Military POW/MIA flags are finished with heading a grommets for displaying your US military flag outdoors.

NEW – Polyester Now available in single and double-sided 2×3′ 3×5′ 4×6′ and 5×8′. Our heavy-duty woven polyester POW MIA flags are recommended in high wind areas. This tough polyester flag fabric will withstand rougher weather than the average nylon flag, however flag is heavier so it takes more wind to fly the flag. The flag is made of 100% spun polyester, the flags 2×2 construction combines durability, strength and fly ability with a rich feel and look. Show your military pride today, buy a POW MIA flag today. or buy a POW MIA flag for a loved one. Made in the USA.

Flag of Honor:  Made in the USA includes the names of everyone who perished on 9/11; on all of the planes, at Shanksville, PA, the Pentagon and the World Trade Center.

Flag of Heroes:  Made in the USA includes the names of all the Emergency Services personnel, including FDNY, PAPD, and NYPD & COURT Officers.

The flags are a historical marker to the events of 9/11 which is one of the most significant events of our lifetime. They give people a tangible connection to that day. Since flags are used as symbols in our country and a flag can be framed or flown it was the best way to create a lasting tribute that the public could embrace on an individual level.

The American Flag is often displayed around images of the events on September 11, 2001. This is to remind Americans that their country remained strong in the face of massive terrorist attacks.

The Flag of Honor and Flag of Heroes are in stock at Flag-Works over America.  You can place your order online or with a customer service representative at 1-800-580-0009.  Please remember: all flags purchased online ship for free.