Dear Flag-Works Customers,
We stand behind the historical significance of the Confederate flag and will continue to sell it as long as we have the ability to due so. Due to recent events, we are currently experiencing a shortage of Confederate flags. This shortage is not of our choosing. Several of our major suppliers have announced that they will no longer be producing the Confederate flag, leaving us to find new suppliers. Please bear with us as we do our best to fulfill all of your orders. We sincerely appreciate your business.

Thank you,
Flag-Works Over America

From the end of the Civil War until the late 1940’s, display of the battle flag was mostly limited to Confederate commemorations, Civil War re-enactments, and veterans’ parades. The flag had simply become a tribute to Confederate veterans.

The Serapis Flag is unique because of its 8-pointed stars and because its red, white and blue stripes are organized in a pattern not found on other American historical flags. The 13 8-pointed stars are arranged in 3 rows of 4, 5 and 4 on a blue field. The flag is also more square shaped than rectangular.

The Serapis Flag, also known as the John Paul Jones Flag, had its origin in a famous Revolutionary War sea battle called the Battle of Flamborough Head, which was fought just off the east coast of England on September 23, 1779. In the battle, Jones’ small fleet of ships challenged the HMS Serapis, a 44 gun British warship that was protecting a massive merchant convoy of 50 ships returning to England from the Baltic Sea.

When John Paul Jones arrived at Texel, a diplomatic crisis arose. The Netherlands were officially neutral in the British-American war and the Netherlands had not yet officially recognized the United States as a sovereign country. The Serapis was not flying an American flag because the flag from the Bonhomme Richard had been blown off during the battle and went down at sea. This led to the British Ambassador demanding that John Paul Jones be turned over to the English government as a pirate, along with the Serapis, because, as he was not flying the flag of any known nation and he was sailing a captured ship, he was, according to international law, a pirate.

The Serapis Flag is a popular historic American Flag, probably due to its unique design and is still available at Flag-Works. Order yours today on-line or stop the retail store. Made in the USA

A Father is more than the biological paternal source of our being. It is the person who cares and provides for us. It is the man who helps to set the standards, the family values and the example. So, add to this group, step fathers and other men who willingly and eagerly accept and cherish the role. Whether biological, adopted or informally, if they are the father figure to you, give him some recognition today.

Flag-Works has great gifts for Fathers Day: Flag Poles, Flags, Live Free or Die T-Shirts, or a pair of Western Boots. You still have time, so stop by our retail store today or order on line.

Flag Day, is a day for all Americans to celebrate and show respect for our flag, its designers and makers. Our flag is representative of our independence and our unity as a nation…..one nation, under God, indivisible. Our flag has a proud and glorious history. It was at the lead of every battle fought by Americans. Many people have died protecting it. It even stands proudly on the surface of the moon.

As Americans, we have every right to be proud of our culture, our nation, and our flag. So raise the American Flag today and every day with pride!

Flag Day is also a day for the Boy Scouts of American to learn the proper burial for the American Flag. Flag-Works donates retired American Flags every year to a local Boy Scout Troop to achieve their experience.

Flag-Works carries American Flags in Nylon, Polyester and Cotton that are Made in the USA. Sizes range from 4″ x 6″ up to 50′ x 80′ larger can be custom made. 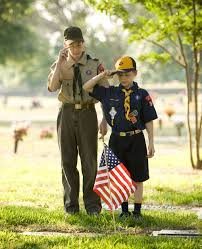 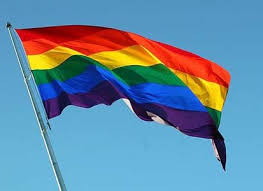 The rainbow flag was popularized as a symbol of LGBT pride. The colors were designed to symbolize: life (red), healing (orange), sunlight (yellow), nature (green), harmony (blue), and spirit (purple/violet). Since 1979 it has consisted of six colored stripes. Order yours today or come to our retail store. Made in the USA. Flag-Works Over America