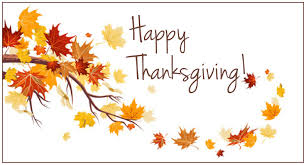 Thanksgiving Day is a national holiday celebrated primarily in Canada and the United States as a day of giving thanks for the blessing of the harvest and of the preceding year. It is celebrated on the second Monday of October in Canada and on the fourth Thursday of November in the United States. Several other places around the world observe similar celebrations. Thanksgiving has its historical roots in religious and cultural traditions and has long been celebrated in a secular manner as well

Did you know Sarah Josepha Hale was a renowned 19th –century writer and editor who pushed for girl’s education reform and the establishment of Thanksgiving as a national holiday. She was also the author of the nursery rhyme “Mary Had A Little Lamb” 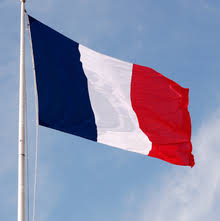 May we each take it upon ourselves to feed the hungry, cure the sick,
house the homeless, educate the illiterate, love the unloved,
compete to do the right thing instead of winning at any cost,
make heros that teach our children to
make the world a better place instead of glorifying violence and war,
stand up and speak out against things that are wrong
instead of sitting back and waiting for someone else,
demand honesty from our governments,
demand honesty from ourselves.

May we each take responsibility for our own actions
and realize that by refusing to change ourselves,
we condone all the evils in the world.
If one person changes they teach others by example,
who in turn change and teach more,
one person becomes as a pebble rolling down a mountain,
picking up more pebbles as it continues,
becoming an avalanche of change.
It can happen, it must happen, it will happen.

To make this prayer work, you have to change yourself.

It was at 11 am on November 11, 1918 that a temporary peace, or armistice, was signed and the fighting during World War II came to an end. A year later President Woodrow Wilson announced that November 11th would be called Armistice Day in the United States.

In 1938 Armistice Day became a national federal holiday. It was a day dedicated to world peace and held in honor of the veterans of World War I.

In 1954 Congress decided to change the day to Veteran’s Day. This was because they wanted to honor the veterans of all wars including World War II and the Korean War.

Many people fly a US flag on this day to show their patriotism and support for the armed services. At 11 am a moment of silence is observed to remember those who served.

If you see a veteran or soldier on Veterans Day, be sure to thank them personally for their service to our country. Flag-Works has plenty of American flags in stock in various sizes. Order yours on our website or visit the retail store

On November 10, 1775, the Second Continental Congress meeting in Philadelphia passed a resolution stating that “two Battalions of Marines be raised” for service as landing forces with the fleet. This resolution established the Continental Marines and marked the birth date of the United States Marine Corps. Serving on land and at sea, these first Marines distinguished themselves in a number of important operations, including their first amphibious raid into the Bahamas in March 1776, under the command of Captain (later Major) Samuel Nicholas.

The first commissioned officer in the Continental Marines, Nicholas remained the senior Marine officer throughout the American Revolution and is considered to be the first Marine Commandant. The Treaty of Paris in April 1783 brought an end to the Revolutionary War and as the last of the Navy’s ships were sold, the Continental Navy and Marines went out of existence.

Following the Revolutionary War, increasing conflict with Revolutionary France led to the formal re-establishment of the Marine Corps on 11 July 1798. Marines saw action in the quasi-war with France, landed in Santo Domingo, and took part in many operations against the Barbary pirates along the “Shores of Tripoli”.

Since then, Marines have participated in all the wars of the United States, and in most cases were the first service members to fight. To date, Marines have executed more than 300 landings on foreign shores.

Today, there are more than 200,000 active-duty and reserve Marines, organized into three divisions stationed at Camp Lejeune, Camp Pendleton and Okinawa, Japan. Each division has one or more expeditionary units, ready to launch major operations anywhere on short notice. Marines expeditionary units are self-sufficient, with their own tanks, artillery, and air forces. The motto of the service is Semper Fidelis, meaning “Always Faithful” in Latin.

Authentic US Marine Corps flags with branch insignia and logos are dyed in brilliant colors onto a 100% nylon background.   Flags read correct on one side and have a mirror image on the reverse. Flags are finished with heading a grommets for displaying your  flag outdoors.

Abraham Lincoln is regarded as one of America’s greatest heroes due to both his incredible impact on the nation and his unique appeal. His is a remarkable story of the rise from humble beginnings to achieve the highest office in the land; then, a sudden and tragic death at a time when his country needed him most to complete the great task remaining before the nation. Lincoln’s distinctively human and humane personality and historical role as savior of the Union and emancipator of the slaves creates a legacy that endures. His eloquence of democracy and his insistence that the Union was worth saving embody the ideals of self-government that all nations strive to achieve. 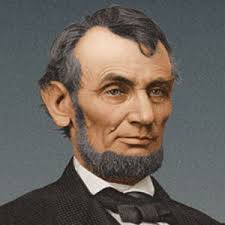 Nearly all men can stand adversity, but if you want to test a man’s character, give him power.
Whatever you are, be a good one.
Always bear in mind that your own resolution to succeed is more important than any other.