Australian and New Zealand Army Corps was a World War 1 army corps of the Mediterranean Expeditionary Force that was formed in Egypt in 1915 and operated during the Battle of Gallipoli.
The corps was disbanded in 1916 following the evacuation of Gallipoli. The corps is best remembered today as the source of the acronym ANZAC which has since become a term, “Anzac”, for a person from Australia or New Zealand. 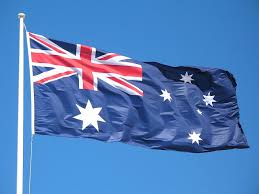 On January 26, 1788 the First Fleet under Captain Arthur Phillip arrived at Sidney Cove in Australia and claimed the land for Great Britain. The First Fleet was made up mostly of prisoners who established a penal colony in Australia.

The 26th was celebrated early on as the anniversary of the landing date of the First Fleet. For the first 100 years the day was celebrated mostly by people in New South Wales. Other colonies had their own foundation days that they celebrated.

In 1946 the day was renamed to Australia Day.